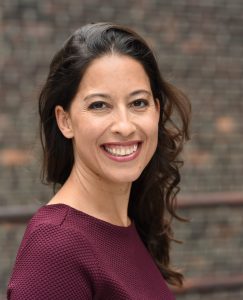 Dr. Christina Bloem is a founding member and the current President of EMEDEX International.  She is a Professor of Emergency Medicine and the Director of the International Division of Emergency Medicine at SUNY Downstate Medical Center/Kings County Hospital.  Dr. Bloem also serves on the steering committee for the SUNY Global Health Institute.  Dr. Bloem completed her Emergency Medicine residency at SUNY Downstate Medical Center/Kings County Hospital, where she was chief resident and was involved in the establishment of their international division. She currently serves as the International Director for ABRAMEDE (Brazilian Association of Emergency Medicine). Dr. Bloem worked as a licensed paramedic for seven years and directed the continuing medical education course for FDNY medics through Kings County Hospital for two years during her residency. Dr. Bloem is of Brazilian descent and has done medical work abroad in Haiti Peru, Brazil, Guyana, Cote d’Ivoire, India, and Qatar. She is fluent in Portuguese, English, Spanish, and speaks German, French, and Haitian Creole. Her areas of interest include development of emergency medicine systems, intercultural communication, and prehospital system development. 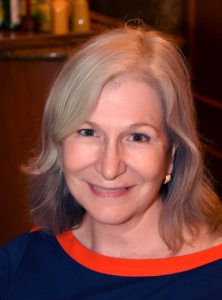 Dr. Bonnie Arquilla is a Professor of Emergency Medicine and board certified in Palliative care and Hospice Medicine and served as the Director of Disaster Preparedness for the State University of New York at Downstate Medical Center.

Dr. Arquilla completed her internship at Methodist Hospital and her residency in Emergency Medicine at Lincoln Medical and Mental Health Center in the Bronx, New York. In her role of Director of Disaster Preparedness she provides consultation to The New York City Police Department, the New York City Department of Health and Mental Hygiene, the American Red Cross of Greater New York, the Centers for Disease Control.

She is the founder of the Disaster Preparedness Fellowship Program at SUNY Downstate. Along with Dr. Michael Augenbraun at SUNY Downstate she developed New York Institute, All Hazards Preparedness (NYIAHP) a unique program in its approach to community based preparation and planning for disasters. NYIAHP is responsible under, Dr. Arquilla’s leadership, for creating and implementing disaster exercises, some of the largest and most complicated in the United States.

Dr Arquilla is the course director for National Emergency Medicine Board Review Course (NEMBRC) sponsored by DNB India in India since 2012. 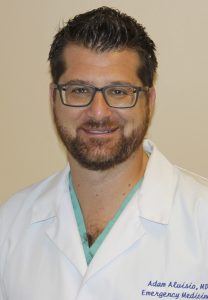 Dr. Adam R. Aluisio currently works in the department of emergency medicine within the division of global emergency medicine at the Alpert Medical School of Brown University. Dr. Aluisio received his Medical Doctorate from the State University of New York at Stony Brook and his Masters of Science in Public Health in Developing Countries from the London School of Hygiene and Tropical Medicine before completing specialty training in Emergency Medicine at the State University of New York at Downstate in New York City. He has lead and assisted with program development research in Kenya, Peru, India, Afghanistan, Rwanda and Haiti. These initiatives center on prevention and treatment of infectious diseases, traumatic injuries and systems development with a translational focus in low-income countries and acute disaster settings. 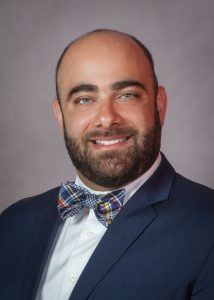 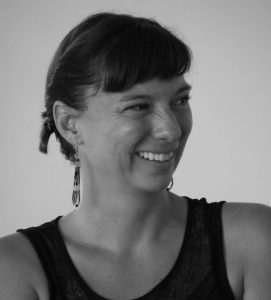 Dr. Yves Duroseau, MD, MPH is the current Chair of the Department of Emergency Medicine at Lenox Hill Hospital (LHH), NS/LIJ. As Chair, Dr. Duroseau provides overall leadership of the department, with responsibility for strategic planning, development, clinical services, quality, professional performance, and medical education.
Dr. Duroseau joins LHH from the Kings County Hospital Center in Brooklyn, NY, where he was the Director of Service in the Department of Emergency Medicine. Prior to his post at Kings County Hospital Center, Dr. Duroseau served as the Medical Director of the Department of Emergency Medicine and as an Attending Physician at St. Vincent’s Hospital in New York City. He has also served as a per diem physician with North-Shore LIJ since 2011.

He has held several academic appointments. Most recently as an Assistant Clinical Professor with the State University of New York, and has held academic appointments with New York Medical College and New York University Medical Center. He is a Peer Reviewer for the Academic Emergency Medicine journal. He has published on his experience and successes with the use of Lean methodologies in transforming Kings County Hospital’s Emergency Department.

Dr. Duroseau’s commitment to service is demonstrated through his founding of the mentorship programs, Doctors as Mentors at St. Vincent’s Hospital and Bridging the Gap at New York University and New York University Medical School, both intended to support minority students interested in or pursuing careers in medicine. He has also served in numerous hospital and academic committee roles, centered on quality, information technology, philanthropy, Lean management, hospital programming, and other initiatives.

Dr. Duroseau earned his medical degree and Master of Public Health degree as well as completed his residency in emergency medicine and internship in internal medicine at The George Washington University School of Medicine and Health Sciences in Washington, D.C. He has completed postdoctoral research in Medical Informatics at The National Institutes of Health in Bethesda, MD. He is a Diplomate of the American Board of Emergency Medicine.

Dr. Rinnert is the residency director and the Vice Chairman for education and faculty development of the Department of Emergency Medicine at SUNY Downstate / Kings County Hospital. A German citizen he completed his medical school in Berlin, Germany, and moved to the US in 1986. Since then he specialized in Internal Medicine and Emergency Medicine. As a residency program director for over 72 residents he expanded the EM residency at SUNY Downstate into the largest EM training program in the US and possibly the world. His international credentials include medical work in Western Africa, Turkey, Iran, and Haiti. Dr. Rinnert is fluent in German, English and Turkish and speaks French and Spanish. His areas of interest include medical education, curriculum development, and international exchange. Dr. Rinnert lives with his wife and two young children in Brooklyn, New York.

Dr. Louima Bendson was born in Port-de-Paix in the northwestern region of Haiti on February 5th 1979. He attended medical school at Université Notre Dame d’Haiti medical school in Port-au-Prince from 2002 to 2008 and completed additional training at Hospital University Justinien, Cap-Haitien from 2008 to 2009. Louima Bendson then completed one year of social service in Caracol in the northeastern region of Haiti. He is the medical director of the Centre de santé sainte-Elisabeth in Caracol and also founded Médecins sans frotières (MSF)- Suisse-Cap-haitien for the treatment of cholera in Haiti. In addition, Dr. Louima Bendson teaches First Aid, anatomy and small surgery classes at CentPolyVert, a school for nurses’ aids. Bendson is also involved with pediatric diseases at the Hospital Saint-François de Salle, Port-au-Prince, training in obstetrics and gynecology at the Centre Hospitalier Universitaire Brugmann, Bruxelles, Belgique, and with VIH-SIDA at the University of Miami and Hospital Universitaire Justinien, Cap-Haitien, Haïti. He has a great interest in helping people and providing strength and education to the youth. He enjoys working with people and working as part of a team.[/tab]

Dr. Frederico Carlos de Sousa Arnaud is the Program Director of the Emergency Medicine Residency in Fortaleza, Ceara. Dr. Arnaud is also the President of the Brazilian Association of Emergency Medicine (ABRAMEDE) and a Professor in Emergency Medicine at the University of Fortaleza in Ceara. He did his residency training in both Internal Medicine and Anesthesiology. Dr. Arnaud has been actively involved in working to gain specialty recognition for emergency medicine in Brazil and has made great achievements in developing the field in Brazil for the last 10 years.

Dr. Harold Durand was born in Geneva, Switzerland. He studied medicine at the Universite Notre Dame d’Haiti in Port-au-Prince. Following his year of social service in Jacquesyl, northeast of Haiti, Dr. Durand completed his residency in obstetrics and gynecology at Justinien’s Hospital in Cap-Haitian. He is currently the medical director of the Clinique Medicale de Vertieres in Cap-Haitian and also volunteers as the head of the prenatal clinic Esperance et vie, a health center based in Terrier-Rouge. In addition, he teaches physiology, obstetrics and gynecology classes at the CentPolyVert, a school for nurse aids. Dr. Durand has a great interest in helping people and providing strength and education to young people.[/tab]

Dr Mert Erogul studied medicine at the University of Michigan in Ann Arbor and completed his emergency medicine residency at Brown University where he was chief resident. He has worked at Kings County Hospital and SUNY Downstate School of Medicine, where he is Assistant Professor of Emergency Medicine and Director of Essentials of Clinical Medicine, a year long introduction to doctoring for first year medical students. His interests include medical humanities, mindfulness practice in medicine and international emergency medicine.

Robert J Gore, MD is an attending physician and clinical assistant professor at Kings County Hospital – SUNY Downstate Department of Emergency Medicine in Brooklyn, NY. Dr. Gore was raised in Brooklyn. After finishing his undergraduate studies at Morehouse College in Atlanta, GA, he then went on to the State University of New York at Buffalo for medical school. He completed his emergency medicine residency training at Cook County Hospital in Chicago, where he was chief resident. His interests include mentoring, student and resident education, youth violence and violence intervention and international health. Dr. Gore has lectured around the U.S. and has worked in East Africa, Haiti and South America. For the past 1 ½ years he has been working as a consultant for a clinic – Clinique Espérance et Vie in Terrier Rouge (Northern Haiti) and working towards establishing a regional health care system in the northern part of Haiti. When he’s not working he is an avid photographer, studies capoeira (Afro-Brazilian martial art) and has recently gotten into snowboarding.

Azeen Salimi is Program Director for Education and Convening at the International Human Rights Funders Group (IHRFG). Prior to IHRFG, Azeen led the Senior Fellows Program at the Synergos Institute, where she designed programs for a global network of 100 civil society leaders from 34 countries. Azeen previously worked with Doctors Without Borders (MSF) in the United States, Sudan, Bangladesh, and Burma (Myanmar); the New York Legal Aid Society’s Immigration Unit; and the Committee to Protect Journalists. Currently, Azeen is also an assistant editor with theInterdisciplinary Journal of Human Rights Law. Azeen holds a Bachelor’s degree in journalism from the University of Illinois in Champaign-Urbana and a Master’s degree with a concentration in human rights from the School of International and Public Affairs at Columbia University in New York.

Dr. Lee Alan Wallis graduated with his MB ChB from Edinburgh University in 1993 and was awarded his MD in 2006 for a thesis on paediatric disaster triage. He has published over 70 articles in peer reviewed journals, has edited one book and authored chapters in 9 international textbooks. He is Editor in Chief of the African Journal of Emergency Medicine, and sits on the editorial board of two international journals. Lee has presented at numerous international conferences, and chaired the organizing committee of three. His main role is as Head of Emergency Medicine at the University of Cape Town, Stellenbosch University and for the Provincial Government of the Western Cape, and he was made full Professor at Stellenbosch University in 2011. Lee is President of Emergency Medicine Society of South Africa, and the African Federation for Emergency Medicine. He is 41, and married with two children. In 2007 he bottled his first wine on his farm, and received a coveted 5-star rating in 2010 for his 2008 Shiraz.